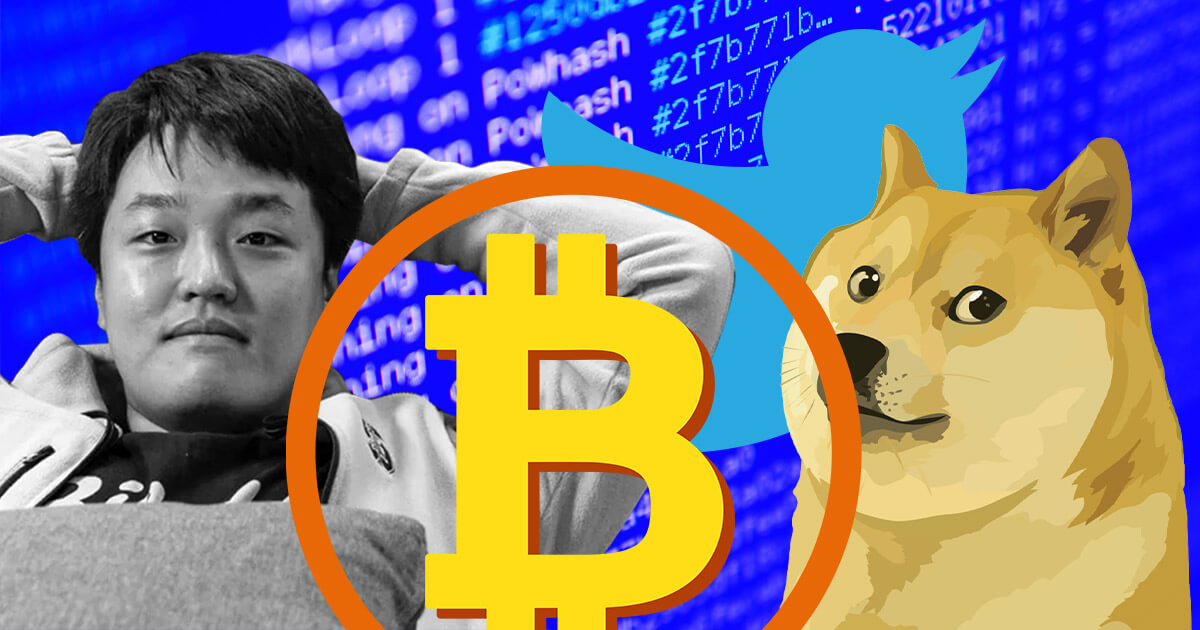 The biggest news in the cryptoverse for Nov. 4 includes Bitcoin’s outperformance of Nasdaq after the Fed raised interest rates, Do Kwon’s invitation to all law enforcement in the world to join an online conference, and DOGE’s 9% fall amid Twitter’s class-action lawsuit.

NASDAQ and Gold prices reacted to the Fed’s latest 0.75% interest rate hike by sinking, while Bitcoin (BTC) performed better than both and recorded a spike.

Terra Do Kwon wants to invite the police for a conference

On Nov.3, Korean prosecutors claimed that they obtained a private conversation between Do Kwon and one of his employees, proving that Kwon purposely manipulated the Terra (LUNA) price. The prosecutor’s office also said that the conversation proved Kwon was an illegal immigrant in Europe.

On Nov.4, Kwon Tweeted to say that he’d hold a virtual conference to end all talks of him being in hiding.

Cops from world over welcome to attend

Kwon didn’t disclose a date for the virtual conference but invited all law enforcement worldwide to join.

After Elon Musk took over Twitter, he announced that he was planning to cut 50% of its workforce, which implies that he’ll fire 3,700 people. Twitter is now facing a class-action lawsuit over this, as the employers took legal action on Nov. 4.

Musk’s favorite Dogecoin (DOGE) reacted to this news by falling 9% in the last 24 hours.

Bitcoin mining difficulty will adjust on Sunday, Nov. 6. and it is expected to increase to record a new all-time-high third time in a row.

This indicates that the pressure on miners hasn’t been relieved and that the mining difficulty will likely increase this Sunday.

Ripple (XRP) and the Securities and Exchange Commission (SEC) have been involved in a lawsuit since 2019.

Since then, a total of 12 companies have filed amicus briefs to support Ripple’s standing. Ripple’s general counsel, Stuart Alderoty, said:

“A dozen independent voices – companies, developers, exchanges, public interest and trade assoc.’s, retail holders – all filing in SEC v Ripple to explain how dangerously wrong the SEC is. The SEC’s response? We need more time, not to listen or engage, but to blindly bulldoze on.”

The Canadian government announced launching a consultation service on all crypto-related topics, including stablecoins and Central Bank Digital Currencies (CBDC).

The consultations will address illicit crypto activities and provide a legislative review of the digitalization of money.

Mempol Studio is collecting milestone events of the web3 space in a 300-page limited edition hardcover yearbook. The yearbook is called “Web3 Yearbook 2022” and will be launched next year.

Inflation in developed economies like Europe and the U.S. is increasing alarmingly, primarily due to the increasing prices of energy, fuel oil, and gasoline.

On the other hand, Bitcoin has been up by 184.28% since the start of 2020. In the same timeframe, gold only increased by 5.38%, which indicated that Bitcoin was a better hedge for inflation for the past two years.

Is now a good time to move dollar cost average (DCA) into crypto?

Tokenist’s Chief Editor, Shane Neagle, wrote an exclusive article for CryptoSlate, discussing if this is the right time to dollar-cost average (DCA) in crypto.

DCA is a trading strategy involving buying and selling the same amount of the same asset at regular intervals. It is based on the premise of ignoring short-term price changes and behaving as a hedge against high market volatility. That’s why it is preferred by crypto investors often.

However, Neagle draws attention to the fact that Bitcoin prices are highly exposed to the overall macroeconomic conditions. Therefore, he advises investors should think twice before committing to DCA.

“In an environment where Bitcoin prices remain highly exposed to the overall macroeconomic conditions, investors should seriously consider committing to the dollar-cost averaging approach as a means of investing in digital assets – should strong convictions be prevalent.”

What if Michael Saylor bought Ethereum?

blockchaincenter.net shows what would happen if MicroStategy founder Michael Saylor had bought Ethereum (ETH) instead of Bitcoin.

According to the data at the time of writing, Saylor would profit $1.76 billion if he bought Ethereum instead of losing $1.27 billion.

U.S. millionaire got arrested for facilitating drug exchanges via crypto

A U.S. nacro-millionaire was detained in Canada for using crypto to distribute drugs, according to Montreal Gazette. At the time of his arrest, he possessed around 200,000 Bitcoins, $2 million in an offshore bank account, and $4 million in Canadian Dollars.