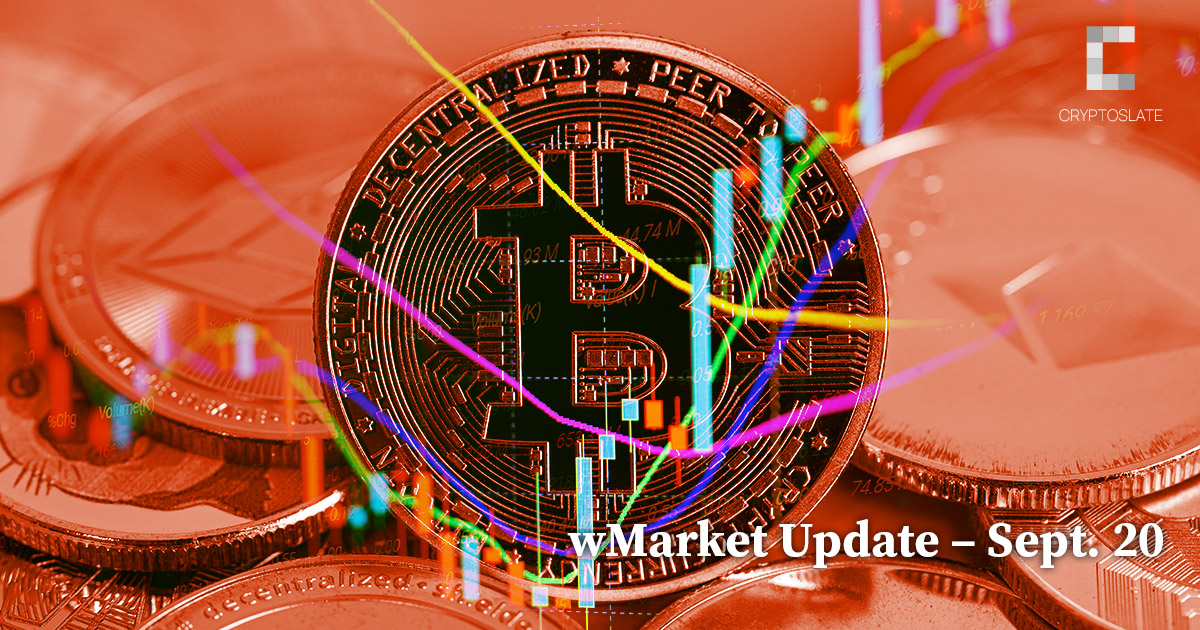 After yesterday’s gains, the top 10 cryptocurrencies are trading mostly flat with a sell-side bias today. The notable exception was XRP, which posted 8% gains over the last 24 hours. Shiba Inu was the biggest loser, down 3% in price.

Following a weekend sell-off, late Monday evening (UTC) saw BTC peak at $19,700. Since then, the leading cryptocurrency has been trending downwards, with the zone around $18,700 providing support.

Going into Wednesday, BTC is trading within a narrow band between $18,800 and $19,100, with a retest of local support looking imminent.

The FOMC meeting concludes today, with markets poised on the interest rate decision.

ETH bulls peaked the price at $1,385 early Tuesday evening (UTC). However, the price has since been on the slide, with the $1,315 level providing support. Like BTC, a retest of local support looks imminent.

BTRST grew 9.3% over the past 24 hours and was trading at around $2.32794 at the time of publishing. It’s unclear why the decentralized “talent network” pumped today. Its market cap stood at $279.01 million.

XRP recorded 7.6% gains over the past 24 hours to trade at around $0.39280 at press time. The token is up 18% over the last month, and its market cap stood at $19.58 billion. With a “summary judgment” being filed recently, some expect the SEC vs. Ripple lawsuit to conclude soon.

PUNDIX sunk 13.98% over the past 24 hours to $0.50212 at press time. The project is currently suffering high volatility to both upside and downside swings. It’s unclear what is behind this. Its market cap stood at $129.79 million.

ATOM is down 11.4% over the past 24 hours to around $13.7778 as of press time. There have been no new significant developments recently. The token price is still up 21% over the last month. Its market cap stood at $3.95 billion.

EWT declined by 6.98% to trade at $3.90546. The Proof-of-Authority (PoA) Ethereum Virtual Machine blockchain supports enterprise-grade applications in the energy sector. Its market cap was $117.41 million at press time.