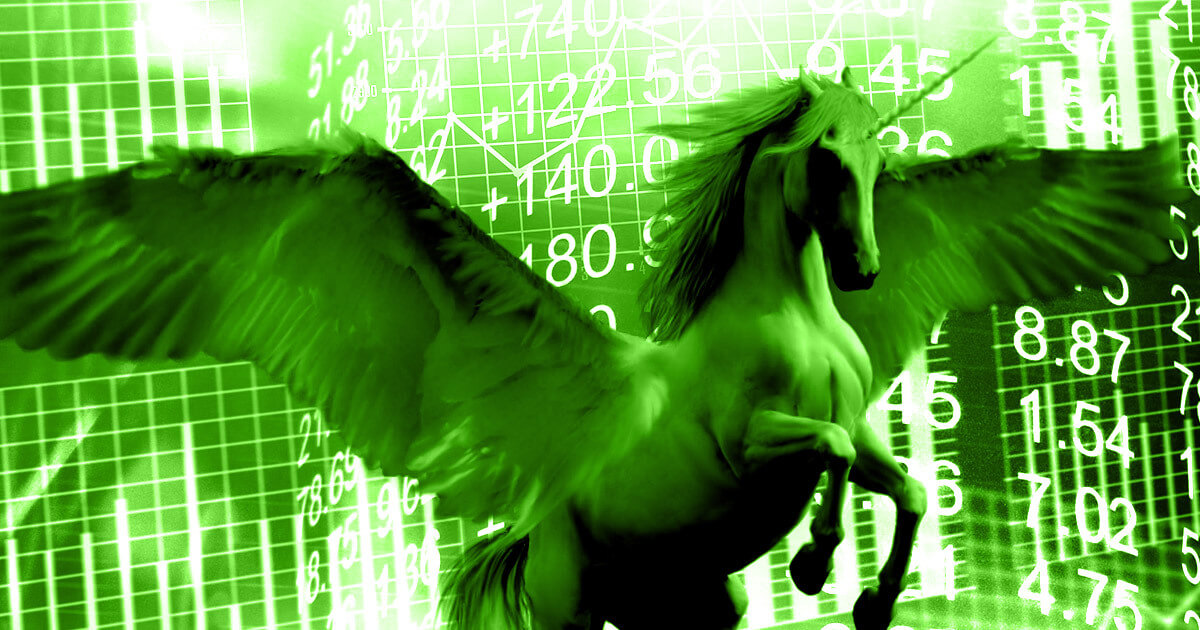 When a privately-owned company receives a valuation of $1 billion, it’s introduced into the magical world of unicorns. And while it might seem like an exclusive club, there are actually 1,146 unicorns in the world with a cumulative valuation of over $3.8 trillion, according to CB Insights data.

This hasn’t always been the case, though. The overall number of unicorns has doubled in the past year alone, as 519 new unicorns emerged on the market in 2021.

The ever-growing land of the unicorns

According to a TradingPedia report, this increase was a result of fundamental changes in societal models, workflows, and industries the market has seen since the beginning of the pandemic in 2020. The disruption from the pandemic revealed a huge demand for conceptually new solutions, not just in tech, but in a multitude of industries.

As soon as new solutions emerged in any given industry, they attracted considerable investments in 2020 and 2021, leading to a massive increase in the number of valuable companies.

In fact, there are so many of them, that we began seeing multiple different breeds of unicorns mentioned that paint a much clearer picture as to just how many tiers there are. Aside from the aforementioned unicorn, which is a company with a valuation of $1 billion, there’s the decacorn — a company that reached $10 billion in valuation. And while there are 54 decacorns, there aren’t as many hectocorns, or super unicorns, which are companies valued at over $100 billion.

The fourth most valuable unicorn, Stripe, falls just below the hectocorn threshold with a valuation of $95 billion. That’s almost exactly double the valuation of Klarna, a Swedish payment solution company, whose latest raise puts its value at $45.6 billion.

Counting crypto unicorns by the dozen

A significant amount of the new unicorns that were added throughout last year came from the crypto market. The first crypto company on the list, and the 12th most valuable privately-owned company in the world, is FTX. The cryptocurrency exchange is valued at $32 billion, having raised $1.5 billion in private funding in 2021 alone. The raise pushed its valuation from $1.2 to $25 billion, while a $500 million raise in January 2022 took it to its current $32 billion value.

The second most-valuable crypto unicorn is Ripple with a $15 billion valuation, followed by Blockchain.com and its $14 billion.

Ranking fourth is OpenSea, one of the biggest beneficiaries of last year’s bull run. The NFT craze that swept the world by storm pushed OpenSea’s valuation to $13.3 billion.

Bitmain Technologies, the world’s largest mining hardware manufacturer, is the 33rd most valuable unicorn in the world with a valuation of $12 billion.

Trailing closely behind is Alchemy, whose developer suite helped build almost every major NFT platform including OpenSea, which saw its valuation jump to $10.2 billion from $505 million last year. Analytics giant Chainalysis also saw its valuation rise to $8.6 billion, while Dapper Labs, the creators of CryptoKitties and a slew of other popular blockchain games, was valued at $7.6 billion.

Gemini, a cryptocurrency exchange founded by Tyler and Cameron Winklevoss, received a valuation of $7.1 billion, just barely surpassing ConsenSys and its $7 billion valuation.

Yuga Labs, the home of some of the most popular NFT collections in the world including BAYC, also found its spot on the list with a valuation of $4 billion. Celsius, the world’s largest crypto lending and borrowing platform, was valued at $3.5 billion, while crypto payments company MoonPay received a $3.4 billion valuation.

Crypto infrastructure company Blockstream was valued at $3.2 billion, and Circle, BlockFi, and Sky Mavis, the creators of Axie Infinity, all received a $3 billion valuation.

The dense world of unicorns

The sheer number of unicorns doesn’t mean that the companies are equally distributed throughout the world. According to TradingPedia, while 47 countries have at least one unicorn, 612 of them are in the U.S.

Unicorns are also highly concentrated in China and India, with the two countries having 174 and 65 unicorns, respectively. In Europe, the U.K., Germany, and France have 43, 29, and 24.

Grouping the unicorn dataset by cities reveals the unicorn capital of the world — San Francisco. The capital of Silicon Valley is home to 162 unicorns, while 109 unicorns have their headquarters in New York.

When it comes to their valuation, fintech unicorns have a total valuation of $926 billion, while internet software and services companies accrued just over $618 billion in valuation.

Brian McColl, a financial analyst at TradingPedia, believes that the pandemic highlighted the advantages of digital payments and led to many fintech companies receiving billions in funding.

“2021 saw a 144% YoY increase in Fintech investments, according to a recent Deloitte report,” he said. “Society is on the brink of the Fourth Industrial Revolution and digital finances are a fundamental cornerstone of that. I expect another double or triple digit percentage increase in fintech investments on a YoY basis in 2022.”

The post Crypto unicorns on the rise as unicorn startups exceed 1K in 2022 appeared first on CryptoSlate.