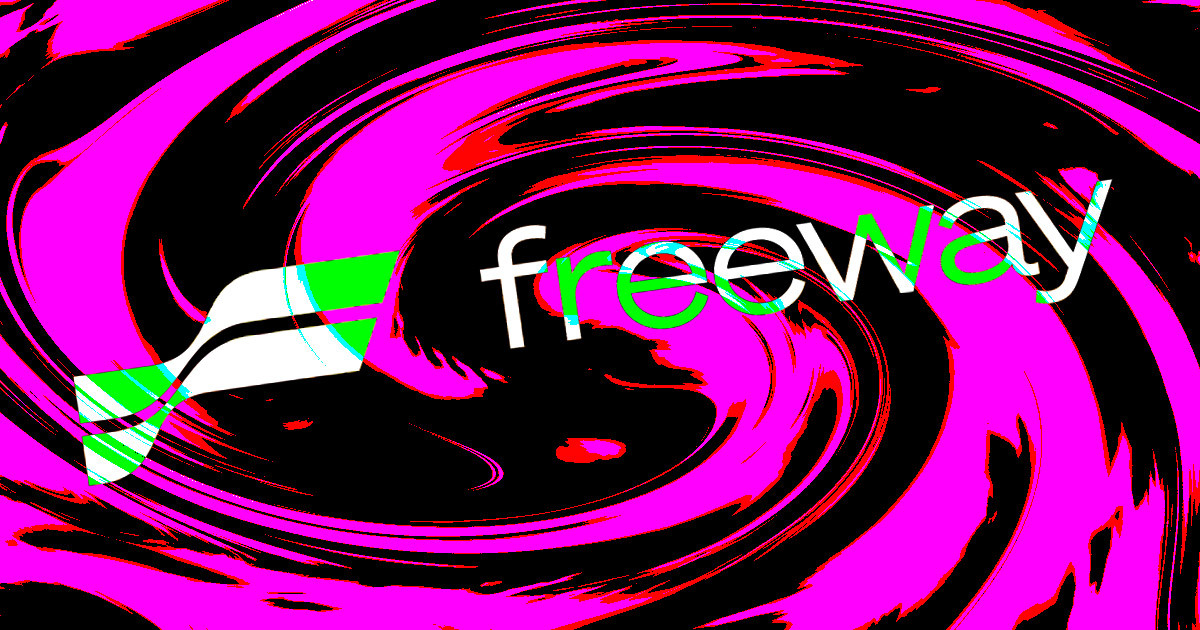 Freeway, a crypto-staking platform that touted up to 43% annual rewards, halted withdrawals and deposits on its platform on Oct. 23, citing market volatility.

According to the notice posted on its website, the firm has “decided to diversify its asset base” to avoid future market volatility and increase the sustainability of the platform.

While the platform adjusts its investment strategy, it will allocate capital to its portfolio and will suspend its ‘Supercharger simulations,’ the notice stated. The “Supercharger simulations,” which offer a higher yield, emulate the prices of popular cryptocurrencies, such as Bitcoin (BTC) and Ethereum (ETH), and can be bought using USDT, USDC, BNB, and other cryptocurrencies.

While Freeway is one of many crypto platforms that have halted withdrawals over the past few months, crypto influencer FatManTerra alleged on Twitter that the project was operating a “Ponzi scheme,” since big withdrawals were getting “delayed” even before the halt. He referred to the halting of withdrawals as a rug pull of over $100 million.

Two hours ago, Freeway halted all platform withdrawals. They also wiped the names of all team members from their website. It looks like it’s over. Another $100m+ rug. https://t.co/CUHZRygRGM pic.twitter.com/BJE4QMtkPy

FatManTerra pointed out that the project has deleted its team biographies. In a Twitter thread on Oct. 22, FatManTerra said that the CEO of Freeway had made false claims about his background, which were removed from the website after FatManTerra confronted him.

It is important to note that Freeway has two co-CEOs — Graham Doggart and Sadie Hutton. While FatManTerra uses the pronoun “he” in the allegations — indicating Doggart — the crypto influencer has not explicitly named the concerned CEO.

I’ve been working on a longer thread but this short post will have to do for now. Reason being, I saw a few large withdrawals were being “delayed”. Small withdrawals are still going through. I’ll make a longer post later if necessary as there’s a lot to dig into. pic.twitter.com/L5cQ5o4Z4D

FatManTerra also alleged that the project had claimed its team consisted of former Google, HSBC, and IBM employees, which FatManTerra could not verify. Both Doggart and Hutton had “a string of unsuccessful businesses,” including an insolvent firm in the U.K., FatManTerra alleged.

The crypto influencer went on to allege that Freeway’s legal structure was “shady” and could make it difficult for depositors to recover assets. He further stated that having reviewed the firm’s trading strategy, he was unconvinced that it could be “profitable in the long run.”

Freeway claimed that it could generate 30% on customer deposits without putting the assets at risk, which according to FatManTerra, is “unlikely to be true in the current market environment.”

In his Oct. 22 Twitter thread, FatManTerra warned users that Freeway “will collapse within the next few months and that all depositors will lose everything.”

Freeway Token (FWT), the platform’s native token, which offers 15-30% annual staking rewards, has lost the majority of its value since the halt of withdrawals was announced, according to CryptoSlate data.

What’s behind LUKSO’s 56% pump over the past week?