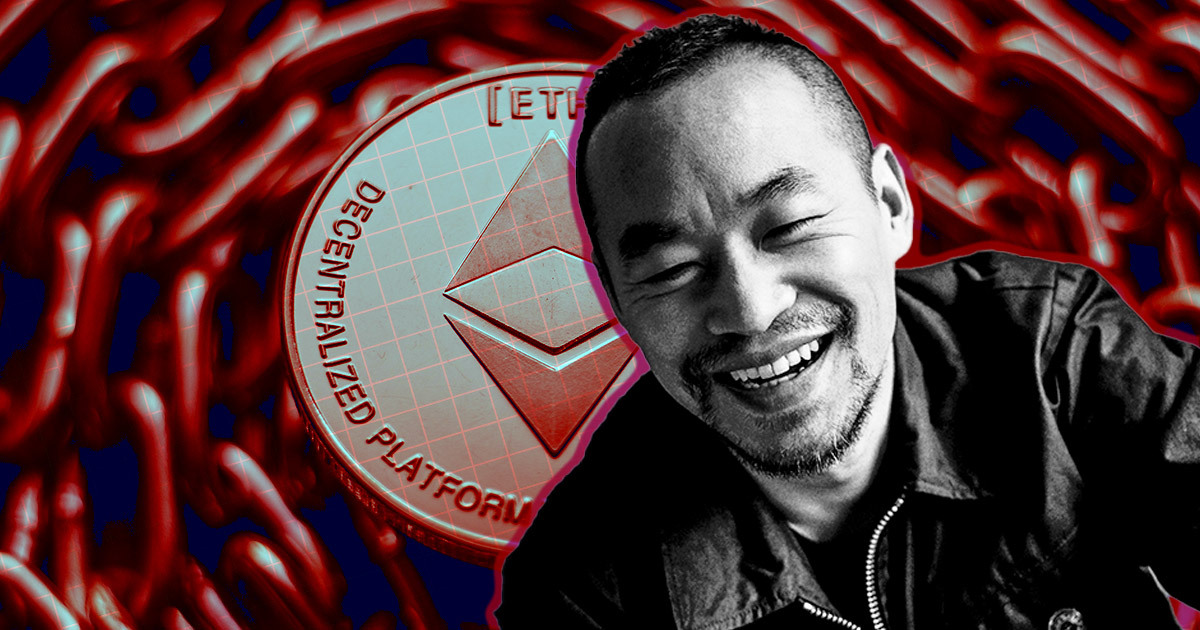 Jeffrey Huang, a tech entrepreneur, former musician, and one of the largest holders of the Bored Ape Yacht Club NFTs, allegedly embezzled 22,000 Ethereum (ETH) from the treasury management service company Formosa Financial in 2018, according to a recent exposé by Twitter sleuth ZachXBT.

The Taiwanese-American businessman, known by his online moniker “Machi Big Brother,” allegedly spent the following four years operating “over ten failed pump and dump tokens and NFT projects”. The article also sheds light on his history in the crypto space, the projects and people he’s been affiliated with, as well as evidence to prove the shady dealings.

Huang initially found fame as a founding member of the pop/rap band named L.A. Boyz in the 90s. He later went on to found the hip hop group “Machi” in 2003, as well as the record label “MACHI Entertainment”.

Although Huang got his start in the music industry, he later transitioned to the tech space when he founded 17 Media (M17) in 2015, which became one of the most popular live-streaming apps in Asia, according to the article.

Huang entered the crypto space in 2017 with the launch of Mithril (MITH), his first in a long list of failed crypto projects. Mithril was a decentralized social media site that rewarded users with its native MITH token.

The project raised 60k ETH ($51.6 million) in February 2018, with 30% of the supply sold through a private sale. These tokens were locked up or for some time, 70% until the Token Generation Event (TGE) with the remaining being unlocked over the following 3 months.

MITH was listed on Bithumb in April 2018 and just a month later, the private sale tokens had fully vested, allowing investors to cash out. These tokens made up 89% of the circulating supply which caused massive selling pressure.

Formosa Financial (FMF), is a treasury management platform for blockchain companies. 22,000 ETH was raised in an angel funding round, followed by a private round that raised another 22,000 ETH. Investors included Binance, Block One, Mithril/Jeffrey Huang, and more. The selling point for investors was a “fast track” listing on a top-tier centralized exchange.

Trading commenced on IDEX in 2018 and the price slumped. Later on June 22, 2018, two withdrawals of 11,000 ETH were made from the Formosa Financial treasury wallet (22,000 ETH total) with co-founder George Hsieh being implicated. Huang and co-founders relinquished roles and George Hsieh transferred 10.5k ETH to Binance, with Huang later making incremental deposits into various Binance accounts and wallets. Multiple transfers and withdrawals were made with Jeff being implicated via on-chain data.

ZachXBT told CryptoSlate that June 22, 2018, was the same day Huang and Hsieh sold their equity in the company.

The article also includes a SoundCloud audio clip where Formosa Financial Co-Founder Ryan Terribilini tells his version of what happened to the funds on June 22, 2018.

In the audio, Terribilini is heard saying that “I didn’t take the money, George and Jeffrey took the money” at the 0:37 mark. Terribilini became the CEO of Formosa Financial after the alleged embezzlement took place.

“From the time I became director and CEO of the company, there has not been one ETH that has gone missing, so when it comes to what George and Jeff facilitated on their end, like I think really that’s where the liability stands,” Ryan continued on to say.

Terribilini is currently working with Algorand (ALGO) and Formosa Financial seems to be the only MachiBigBrother project he has been involved in.

Jeff Huang and Leo Cheng started Machi X in October 2018. It is a social marketplace for intellectual property rights. However, they had trouble getting funding because of Huang’s previous project, Mithril, and the Formosa incident. Almost a year later, Formosa investors were tipped off via email about the embezzlement of the 22,000 ETH.

In 2020, Jeff and Leo Cheng founded Cream Finance (CREAM), a fork of Compound Finance (COMP). Over $192 million has been stolen from the project via exploits.

Wifey Finance is forked from Yearn Finance (YFI) and founded by an “anonymous” team. Machi, Leo Cheng, and Wilson Huang are some of the first members of the project Discord channel. Transaction records show that money was sent to Wilson Huang more than once by Wifey’s deployer. After four days, Wifey Finance was abandoned.

In October 2020, the adult entertainment website Swag.live was launched. When Cream Finance quietly listed Swag as collateral, the lack of information about the listing caused a lot of backlash on Crypto Twitter. The token was farmed, dumped, and removed from Cream all within a few weeks.

On December 30, 2020, Mith Cash, a fork of the Basis Cash (BAC) protocol (an algorithmic stablecoin) was launched by an “anonymous” team, with Huang as an advisor. Mith Cash grew to $1b TVL in just a few days after it was released, but then it crashed hard as token holders cashed out their rewards.

Typhoon Cash was launched as a fork of Tornado Cash (TORN). The project had an anonymous team but it was believed that Huang and his associates were behind it. The project was abandoned only weeks after farming began on the protocol.

Huang launched Heroes of Evermore, a fork of another popular loot-based game. The project had an anonymous team and made over 533.92 ETH in profit. The team members secretly minted the rarest NFTs.

Squid DAO was launched by an “anonymous” team as a fork of Olympus DAO (OHM) with Huang being on the first few holders (via his alias MachiBigBrother.eth). Huang had the project shut down in January this year.

The article goes on to say that Jeffrey Huang is now involved in more projects including X Finance, XY Finance, and Ape Finance. The blog post pointed out a common theme of anonymous teams, forked projects, wallets funded via FTX, and short project life cycles. ZACHXBT finishes off the article by saying he reached out to Huang who denied the allegations on the post.

CryptoSlate has also reached out to Jeffrey Huang for clarification on the allegations but he did not respond at the time of writing.