Centralization, sell-offs, and network stability: What’s troubling Ethereum ahead of the Merge? 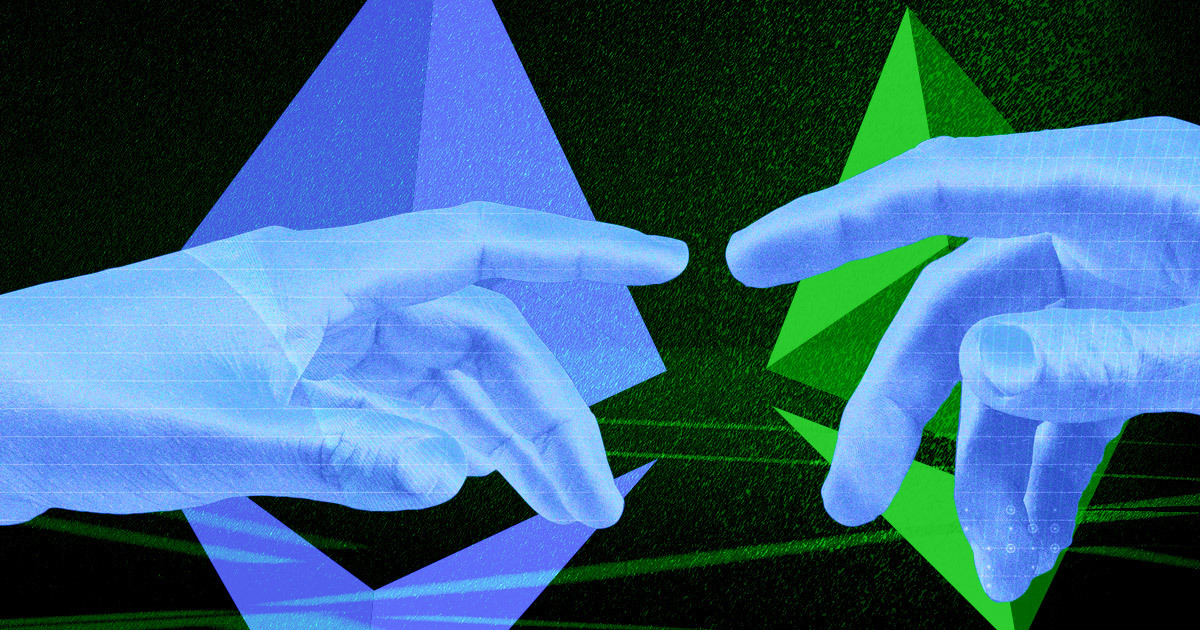 With less than two days left until Ethereum transitions to a Proof-of-Stake system, all eyes are pointed at the Merge but many are still worried whether it will change the crypto market for the better.

According to the latest report from analytics company Nansen, the problems a PoS Ethereum will face aren’t dismissible. However, the company believes most concerns are largely unwarranted as Ethereum will weather the storm and emerge as a stronger, more resilient chain.

Merging into a more centralized system?

One of the most heated conversations around the Merge has been about the extent of centralization it will bring to Ethereum.

Nansen reports that around 80,000 unique addresses are set to participate in staking on Ethereum. And while the number looks high, looking at the landscape of intermediary staking providers shows that there is quite a bit of centralization taking place.

In total, 11.3% of the ETH supply has been staked, or 13.5 million ETH. Lido, a decentralized liquid staking protocol, accounts for 31% of the total staked ETH. Coinbase, Kraken, and Binance have around 30% of the staked ETH.

Lido is a service provider governed by the Lido DAO, set up to allow multiple validator sets. The structure of the DAO makes it hard for regulators to target it, but many believe Lido’s weakness lies in its token. Nansen noted in the report that the centralization of the LDO token ownership may leave Lido vulnerable and expose it to centralization risks. The top 9 wallets holding the LDO token hold 46% of the governance power and could, in theory, exert significant influence on Ethereum validators.

“If Lido’s market share continues to rise, it is possible that the Lido DAO may hold the majority of the Ethereum validator set. This could allow Lido to take advantage of opportunities like multi-block MEV, carry out profitable block re-orgs, and in the worst-case scenario censor certain transactions by enforcing or rewarding validators to operate in accordance with Lido’s wishes (via governance). This could pose problems for the Ethereum network,” Nansen said in the report.

It’s important to note that Lido is actively working on mitigating these centralization risks. The platform is considering introducing a dual-governance model with LDO and stETH. But, rather than making stETH a governance token, it would only be used to vote against a Lido proposal that could adversely affect stETH holders.

No danger of sell-offs and destabilization after the Merge

Another major concern about the Merge was the possibility of it triggering a large sell-off. In its report, Nansen notes that stakers will not be able to dump their ETH on the market. All of the staked ETH will be locked until the Shanghai upgrade, which is scheduled to take place between 6 and 12 months after the Merge.

Staking rewards will also be hard to sell. According to the report, there is an exit queue in place for validators of around 6 validators per epoch. With an epoch lasting around 6.4 minutes, it would take around 300 days for the 13 million ETH staked to be withdrawn.

When stakers are finally able to withdraw, Nansen believes that it will most likely be illiquid stakers that sell. The report also notes that most selling will be to take profits. If the market remains neutral or slightly bullish, most of the unstaked ETH will most likely remain off the market. Even if the majority of illiquid stakers decide to sell, they only make up 18% of the total staked ETH — and most likely won’t have the power to move the market significantly.

According to the report, another good sign of stability to come is the accumulation spree seen among smart money wallets and wallets belonging to ETH millionaires and billionaires. Overall, ETH millionaires and billionaires have consistently been stacking Ethereum since the beginning of the year. Smart money wallets, historically more focused on trading than straight accumulation, also seem to be increasing their holdings since dropping to a yearly low in June. This suggests that they are anticipating positive price action following the Merge.

Nansen concludes that most of the things currently troubling Ethereum won’t have a negative effect on the network following the Merge. The company notes that despite the issues with the liquid staking market, the Ethereum network is set to come out of the Merge without major hiccups.

“The liquid staking market appears to be trending towards a ‘winner-takes-all’ scenario. However, this outcome should not damage Ethereum’s core value proposition if the incumbent players are satisfactorily decentralized and properly aligned with the Ethereum community.”

The post Centralization, sell-offs, and network stability: What’s troubling Ethereum ahead of the Merge? appeared first on CryptoSlate.

Time for a breakout? Bitcoin price pushes at key resistance near $23K