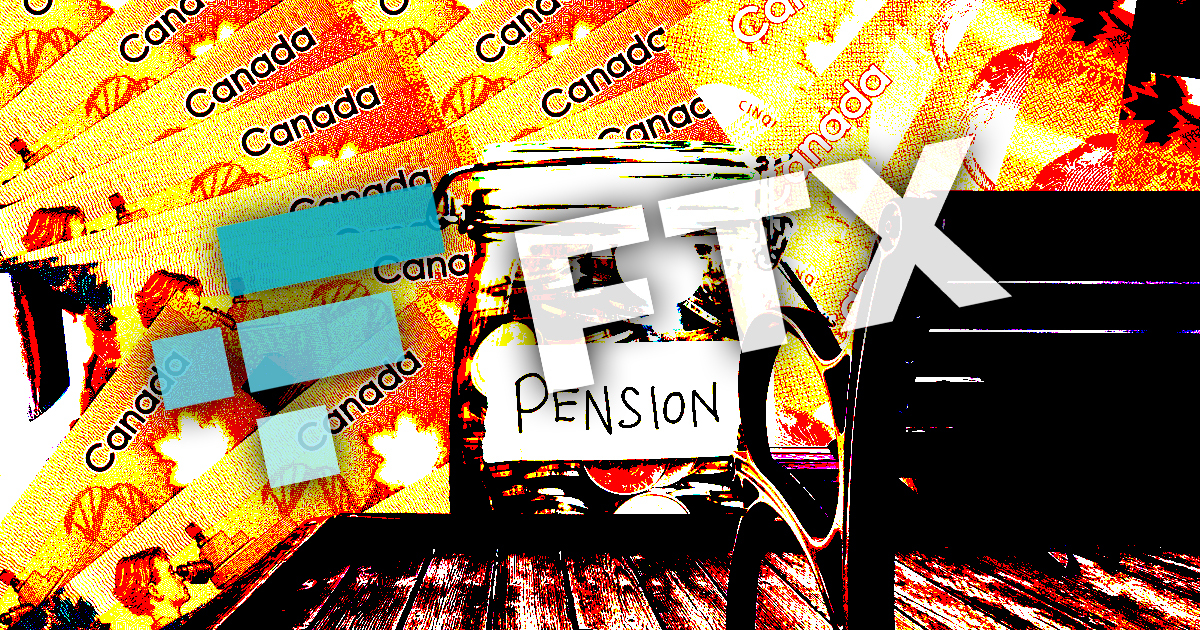 The third-largest pension fund in Canada could suffer major losses as part of the FTX fallout.

Dan Madge, a spokesperson for the pension fund, declined to say how large the investment was. However, Madge noted that FTX was not included in the pension fund’s list of investments published in its 2021 annual report. The fund disclosed $200 million in investments for the year. Madge said:

“Given the fluid nature of the situation we have no comment right now.”

The pension fund’s exposure to FTX could be larger than the January investment. At the time, FTX said that all investors involved in the Series C, including the fund, also participated in the FTX.US Series A funding round which valued the company at $8 billion.

Sam Bankman-Fried, the CEO of FTX and Alameda Research, said yesterday that FTX.US has not been affected by the fallout and will remain a separate entity that won’t be acquired by Binance if the deal goes through.

According to Canadian media, this isn’t the first time a major pension fund in the country suffered losses in the crypto space. In August, Caisse de dépôt et placement du Québec worte off its $150 million investment in Celsius. Caisse is one of the largest institutional investors in Canada, managing several pension plans and insurance programs in Quebec. The company managed $391.6 billion in assets as of June 2022.

The fund currently manages over $242 billion in net assets, and its investment in the $400 million funding round might not be large enough to strain the fund. However, the fund could see quite a bit of media blowback that could result in increased regulatory scrutiny over investments in the crypto space.

The post Canada’s third-largest pension fund invested in FTX at $32B valuation appeared first on CryptoSlate.