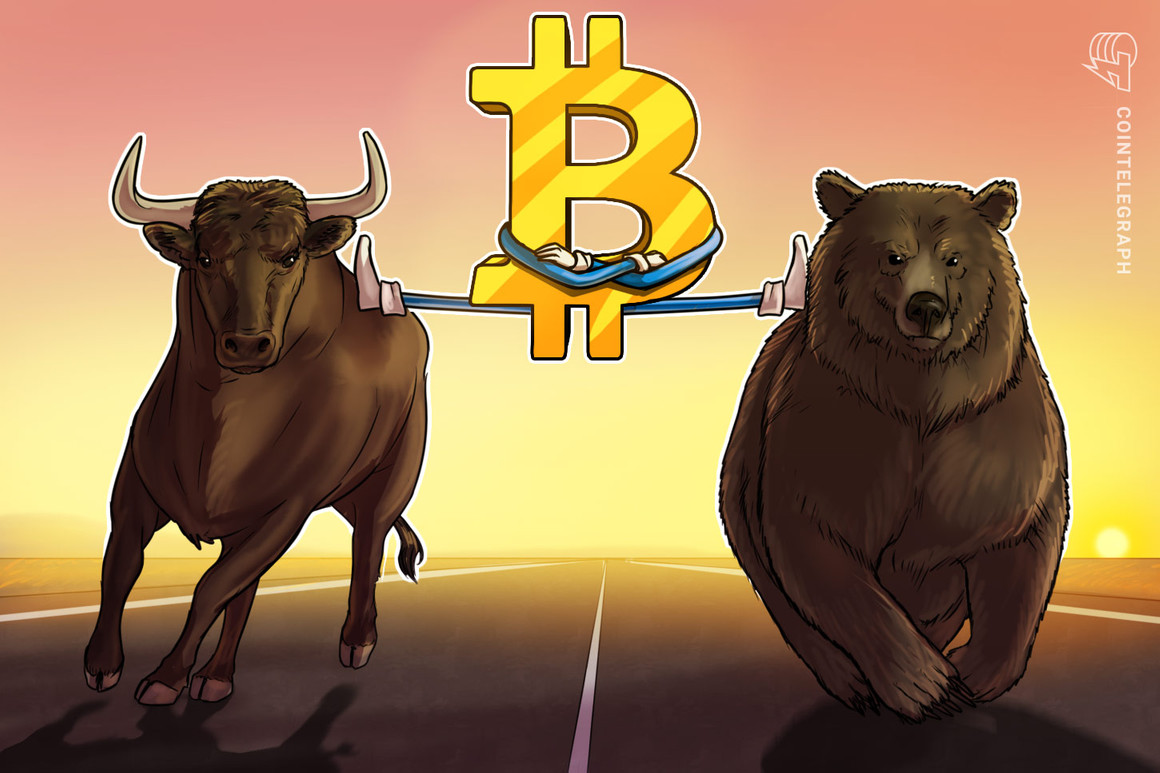 Bitcoin (BTC) briefly broke above $24,000 on July 20, but the excitement lasted less than two hours after the resistance level proved more challenging than expected. A positive is that the $24,280 high represents a 28.5% increase from the July 13 swing low at $18,900.

According to Yahoo Finance, on July 19, the Bank of America published its latest fund managers survey, and the headline was “I’m so bearish, I’m bullish.” The report cited investors’ pessimism, expectations of weak corporate earnings and equity allocations being at the lowest level since September 2008.

The 4.6% advance on the tech-heavy Nasdaq Composite Index between July 18 and 20 also provided the necessary hope for bulls to profit from the upcoming July 22 weekly options expiry.

Global macroeconomic tensions eased on July 20 after Russian President Vladimir Putin confirmed plans to reestablish the Nord Stream gas pipeline flow after the current maintenance period. However, in the course of the last few months, data shows that Germany has reduced its reliance on Russian gas from 55% to 35% of its demand.

The open interest for the July 22 options expiry is $540 million, but the actual figure will be lower since bears have been caught by surprise. These traders did not expect a 23% rally from July 13 to Ju20 because their bets targeted $22,000 and lower.

If Bitcoin’s price remains above $22,000 at 8:00 am UTC on July 22, only $30 million worth of these put (sell) options will be available. This difference happens because the right to sell Bitcoin at $22,000 is useless if BTC trades above that level on expiry.

Below are the four most likely scenarios based on the current price action. The number of options contracts available on July 22 for call (bull) and put (bear) instruments varies, depending on the expiry price. The imbalance favoring each side constitutes the theoretical profit:

This crude estimate considers the put options used in bearish bets and the call options exclusively in neutral-to-bullish trades. Even so, this oversimplification disregards more complex investment strategies.

For example, a trader could have sold a put option, effectively gaining positive exposure to Bitcoin above a specific price, but unfortunately, there’s no easy way to estimate this effect.

Bears have until Friday to turn things around

Bitcoin bears need to pressure the price below $22,000 on July 22 to avoid a $140 million loss. On the other hand, the bulls’ best-case scenario requires a slight push above $24,000 to maximize their gains.

Bitcoin bears just had $222 million leverage long positions liquidated from July 17 to 20, so they should have less margin required to drive the price higher. In other words, bulls have a head start to sustain BTC above $22,000 ahead of the July 22 options expiry.