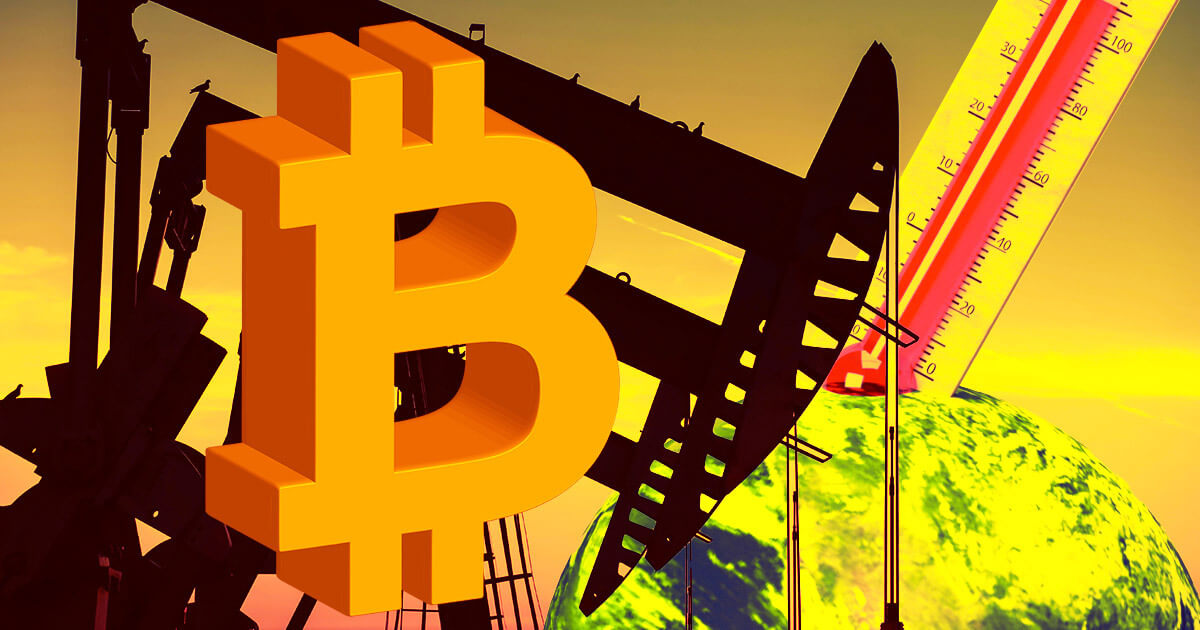 The dominant media narrative surrounding Bitcoin has been one of an energy-guzzling digital asset used for speculation. Institutions ranging from local governments to the World Economic Forum (WEF) have been touting Bitcoin’s energy usage as a huge driving factor of climate change, issuing reports comparing its energy consumption to various nation-states.

This narrative was further fueled by the controversial China mining ban in 2021, which saw more than half of Bitcoin’s total hash rate move out of the country. With other countries and provinces within China following suit, Bitcoin managed to garner quite a nasty reputation among environmentalists.

However, the mining industry has been fighting back against these mostly unwarranted claims. Miners have been working hard on turning Bitcoin into a positive force in the fight against climate change — through methane.

While carbon dioxide emissions from burning up fossil fuels are considered to be the biggest polluters today, a byproduct of oil drilling is actually what causes more significant damage to the environment.

When fossil fuel companies drill for oil, they often encounter methane gas in the ground. Being a highly potent greenhouse gas, methane wreaks havoc on the environment when released into the air.

If they encounter methane next to oil drills, companies have three options — reinject the gas into the ground, bring it to a pipeline to sell, or get rid of it. Reinjecting the gas into the ground keeps up the pressure that drives oils out of wells but isn’t always possible. Building a new pipeline is almost never economically viable and few oil wells end up near enough an existing pipeline to make use of it.

This means that the majority of the gas found on oil fields either gets released into the atmosphere or burned. Burning the methane, or flaring, releases significant amounts of carbon dioxide into the air. While slightly better than pure methane, it’s still disastrous for the environment.

To a handful of resourceful companies, Bitcoin seemed like an obvious solution.

There are currently several companies offering what is essentially a plug-and-play Bitcoin mining farm that can be set up directly on oil fields. Any methane found on the field is then run into a specialized engine or generator, where it’s combusted to create electricity — which is then used to power Bitcoin miners.

Mining Bitcoin essentially makes it not only economically sustainable but also potentially hugely profitable for oil and gas companies to combust their methane. And with a financial incentive as appealing as Bitcoin, the industry expects more and more large companies to jump at the opportunity.

According to Adam Ortolf, the head of U.S. business development at Upstream Data, this wasn’t always the case. Upstream is a Canadian company that manufactures and supplies portable mining solutions for oil and gas facilities and has seen its business skyrocket in the past two years. In an interview with CNBC, Ortolf said that it has taken the company years to convince people that using excess methane to mine Bitcoin is a financially sound idea.

Another company offering a similar solution, Giga, told CNBC that its revenue was more than $4 million in 2021 and it was on track to earn more than $20 million by the end of 2022. Crusoe Energy, Vespene, and Norther Immersion are also working on monetizing waste methane through mining.

The novel idea has spread like wildfire, prompting companies as large as Exxon to launch their own pilot projects to use waste methane to mine Bitcoin. Exxon has reportedly been driving natural gas to mine Bitcoin in North Dakota throughout 2021, but the company has remained silent on the matter.

A report from Crusoe Energy estimated that mining Bitcoin on oil fields can cut down carbon dioxide emissions by 63% when compared to flaring. Some estimate methane is 84 times more warming to our climate than carbon dioxide over a 20-year period. Combusting the methane that would have otherwise been released into the atmosphere is considered carbon-negative by a wide variety of experts and institutions, including Carbon Credits, EPA, Trillium Energy, and the White House.

President Joe Biden’s administration released a report on cryptocurrency mining in September 2022, where it noted that using crypto mining to capture vented methane can yield positive results for the climate.

A report from BatCoinz shows that the carbon footprint of mitigating both flared and vented methane erases the carbon footprint of almost all other sources of energy. Some even estimate that if all of the reported flared and vented methane in the U.S. would be used to power Bitcoin miners, the Bitcoin network could reduce global emissions by 2% in just 27 months.

At Bitcoin Amsterdam, one of the largest Bitcoin conferences in Europe that took place this month, Troy Cross, a fellow at the Bitcoin Policy Institute, debated Bitcoin’s effect on the environment during a keynote speech. Cross presented viable solutions as to how Bitcoin mining could be used to mitigate the effects of methane pollution and acknowledged the positive impact it can have on reducing the global carbon footprint.

The fact that Bitcoin could achieve carbon neutrality as soon as 2024 presents itself as a solid counterargument to those criticizing its effect on climate change.