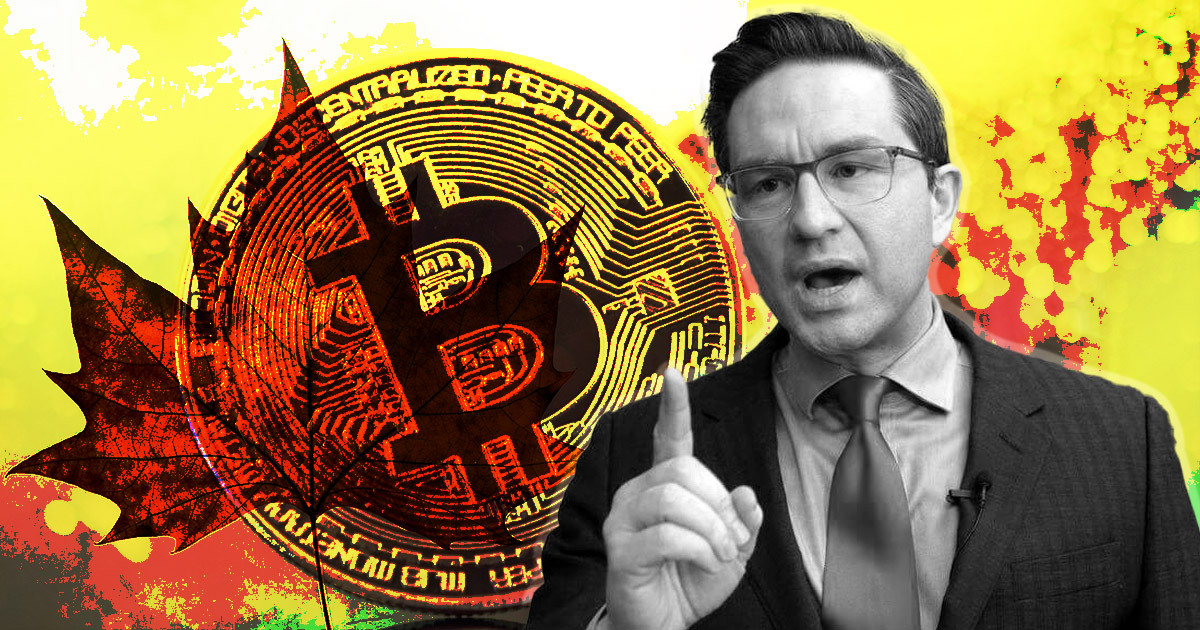 Bitcoin (BTC) maximalists are celebrating the election of Pierre Poilievre as the new leader of Canada’s Conservative Party because of his pro-crypto views.

Who is Pierre Poilievre?

Pierre Poilievre shot into the limelight earlier this year when he supported truckers’ protests against vaccination in Ottawa.

Since then, Poilievre has repeatedly criticized Justin Trudeau’s-led government over its policies, blaming the country’s apex bank for the high inflation rate and promising to put Canadians’ money back in their hand.

The Canadian government had drawn the ire of the crypto community after it froze over 250 wallets connected to the Ottawa protests.

The politician became a darling of the crypto industry due to his numerous pro-crypto proclamations.

In March, Poilievre purchased shwarma in an Ontario restaurant using Bitcoin to demonstrate his support for the industry.

Give people back control of their money. Keep crypto legal and let it thrive.

Become a party member, so you can vote for me as leader, and let’s make Canada the blockchain capital of the world: https://t.co/d9I1ky9w2t pic.twitter.com/S1IcVETmZF

Poilievre said he wants to make Canada “the blockchain capital of the world” if elected as prime minister. He has also promised to unleash the power of crypto in the country’s fight against inflation.

What Bitcoin supporters are saying

Vocal Bitcoin supporter Dennis Porter said if Poilievre “secures the Prime Minister spot in Canada, it’s only a matter of time before a U.S. President becomes a bitcoiner as well.”

If bitcoiner @PierrePoilievre secures the Prime Minister spot in Canada it’s only a matter of time before a U.S. President becomes a bitcoiner as well.

Others like Samson Mow congratulated Poilievre, adding that there is now a real chance to fix Canada.

Congratulations @PierrePoilievre on becoming leader of the Conservative Party of Canada! Now we have a real chance to fix Canada. #pierrepoilievreforPM

“Money is a technology by which we transport value over time and space.” #Bitcoin pic.twitter.com/5AVDRelGpw

A little optimism from @willms_. And more optimism to come.

Would be a step up from #justinflation for Canada.

I do wonder on any concrete policy proposals @PierrePoilievre has that would go towards #bitcoin adoption by this nation-state?

Simon Dixon opined, “we need more politicians that understand sound money to get through what comes next in our economies.”

We need more politicians that understand sound money to get through what comes next in our economies. Nobody alive today lived through a real gold standard, so we need those that know monetary history to fight for sound policy today. You can’t solve inflation with more inflation. https://t.co/f4KxuU9Okd