Bitcoin Falls Below $22,000 Ahead Of FOMC Meeting And Big Tech Earning Calls 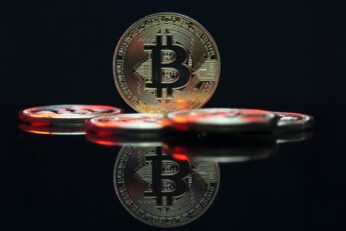 Bitcoin slipped under $22,000 on Monday as the feds are scheduled to meet this week.A plethora of tokens slumped into red along with Bitcoin as the crypto market anticipates this week’s events.Analysts expect a 75 basis points hike at the FOMC meeting on Wednesday.This week also features earning calls from major tech companies including Amazon, Apple, Meta, and Microsoft to name a few.The U.S. is set to release its GDP report for the second quarter of 2022 as well.These events come after last week’s relief rally which took tokens like Ethereum as high as $1600 ahead of The Merge.

Cryptocurrency market leaders Bitcoin and Ethereum turned red during trading hours on Monday as the digital asset space holds its breath for the upcoming FOMC meeting on Wednesday and big tech companies release their earnings reports.

Bitcoin currently trades hands at $21,800 after climbing to around $24,000 during the rally last week. Ethereum is also down today and trades at $1,500 ahead of the much-anticipated switch to proof-of-stake known as The Merge.

Other major cryptos like Solana (SOL) and Binance Coin (BNB) are also down today.

The Federal Open Market Committee (FOMC) holds at different times during the year and federal reserve officials give reports on the state of the U.S. economy. So far in 2022, inflation has remained a hot topic during these meetings and the feds have attempted to check rising inflation numbers by increasing interest rates.

At the last FOMC call, the fed introduced a 75bps hike. A similar hike is expected at this week’s meeting per reports. U.S. inflation rate also stood at 9.1% at the last meeting held in June 2022, signaling the highest inflation numbers in over 40 years.

Despite the numbers, federal officials maintain that the country is not in a recession. The GDP report for Q2 2022 also rolls out this week.

This week, tech companies like Apple, Google, Meta, and Microsoft will release their reports.