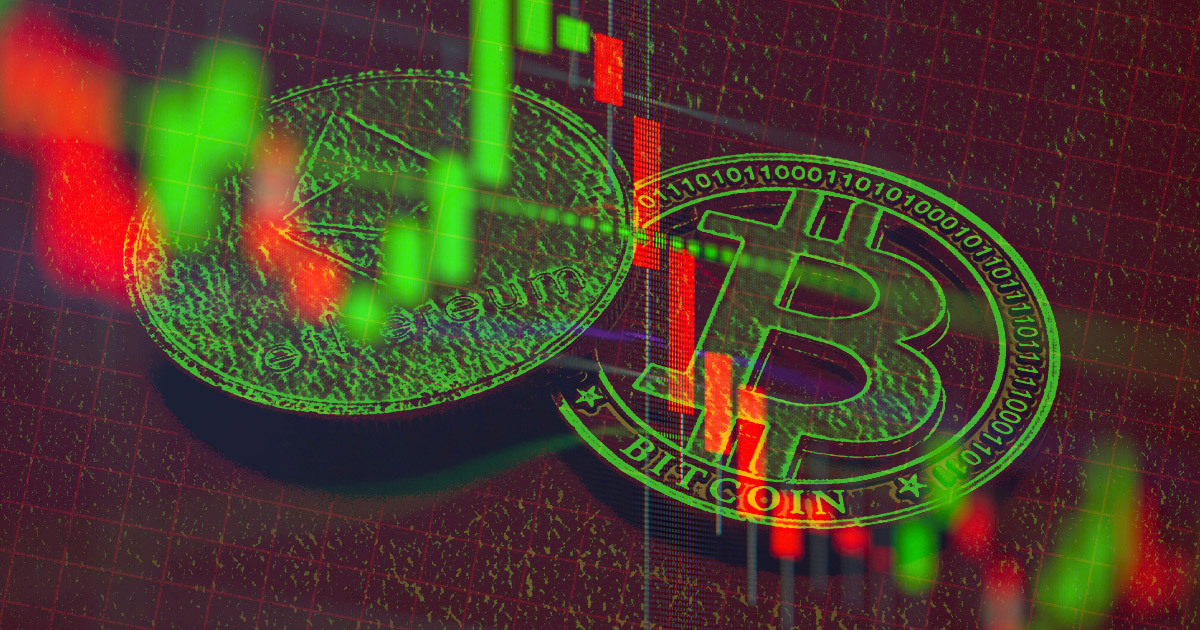 With the Federal Reserve expected to raise the interest rate by at least 75 basis points on July 27, the crypto market cap has shed roughly 4% as the value of Bitcoin (BTC), Ethereum (ETH), and other crypto assets have dropped in the last 24 hours.

Coinglass data showed that over $150 million in positions were liquidated during the same period.

Less than a week after Bitcoin’s price briefly traded above the $24,000 mark; the flagship digital asset has dropped to less than $22,000 after losing over 4% of its value in the last 24 hours.

Bitcoin’s descent from the $24,000 region began after news emerged that Tesla had sold 75% of its holdings on July 20, but the asset was still able to trade around the $23,000 region during the weekend.

However, over the July 23 weekend, Bitcoin’s price dipped below 22,000 to $21,831 as of press time ahead of the anticipated rate hike by the Federal Reserve on July 27.

Meanwhile, Bitcoin’s Fear and Greed Index also shows the current sentiment among market participants about the fear of the FOMC meeting.

Per Coinglass data, $29 million was liquidated from Bitcoin trades.

The second largest digital asset by market cap also saw its recent momentum cut short as over $70 million were liquidated from the market in the last 24 hours.

Ethereum lost over 5% of its value in the previous 24 hours and is exchanging hands for $1528.

Looking stronger than $btc but both currently at LTF levels of support. Let’s see if we get some kind of bounce later today. pic.twitter.com/GKqnQISSHi

Some analysts, however,  expect the coin’s transition to a proof of stake network to renew investors’ interest in the asset. In contrast, others point to the current macroeconomic situation as a harbinger of the coin’s return to previous red runs.

Other top 10 digital assets by market cap flying high over the past week have also shed a substantial part of their value in the last 24 hours.

Others like Ripple (XRP), Cardano (ADA), and Dogecoin (DOGE) have lost an average of 5% of their values, respectively.

Avalanche (AVAX) is the worst performer amongst the top 20 as it has lost over 8% of its value in the last 24  hours. AVAX is trading for $22.