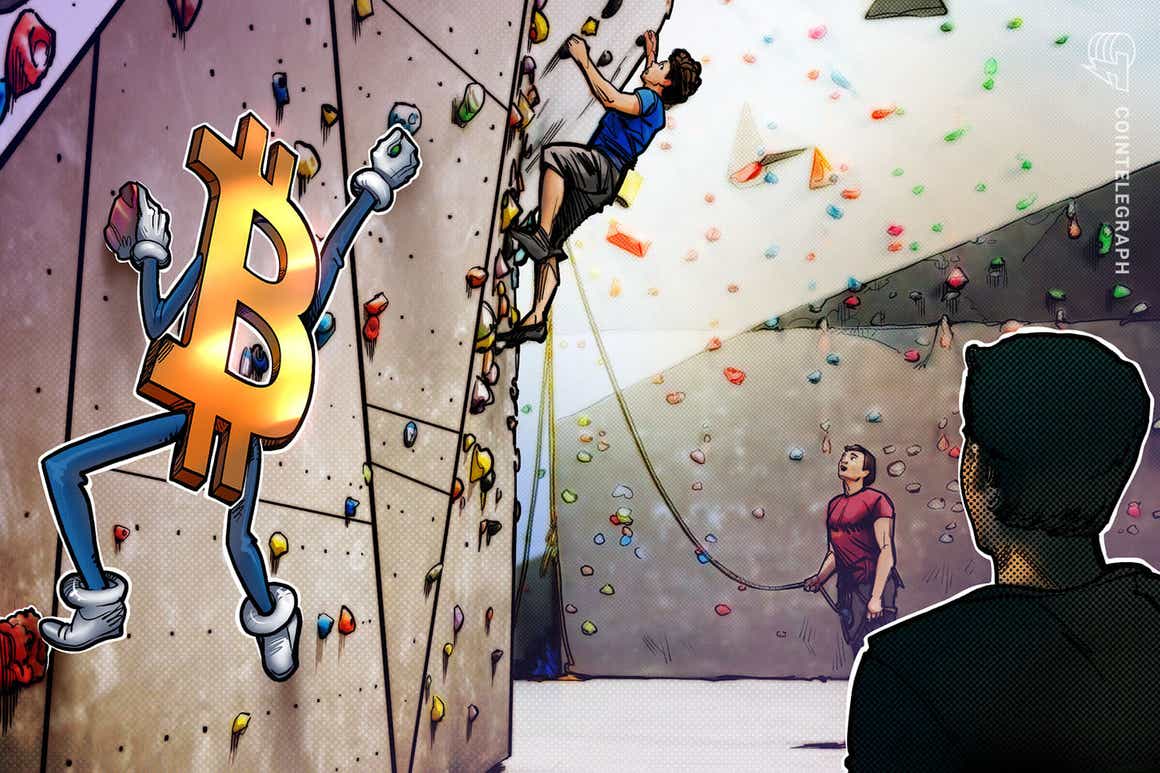 Bitcoin (BTC) continued to fight for $43,000 support at the Wall Street open on March 24 amid fresh jitters tied to United States economic policy.

Kashkari warns of “overdoing it” on hikes

Data from Cointelegraph Markets Pro and TradingView showed BTC/USD staying just below the $43,000 mark as trading began on March 24.

At the time of writing, U.S. markets were still in the process of steadying in their first hour, which was of particular importance to Bitcoin traders, given the considerable positive correlation between BTC and equities. This week, it emerged that the correlation between BTC/USD and the S&P 500, for example, had hit its highest in nearly 18 months.

Back in focus on the day was the Federal Reserve. In a widely reported Q&A session, Neel Kashkari, president of the Minneapolis Fed, revealed that there could be up to seven key rate hikes this year.

While potentially not all necessary, he explained, the Fed needed to deal with the issue of inflation.

“There’s a danger to overdoing it. We’re going to get information,” he said, quoted by Reuters.

Attempts to tighten monetary policy, nonetheless, showed their impact on bonds markets, these coming down 11% from their all-time highs in the steepest retracement since the 2008 Global Financial Crisis, markets commentator Holger Zschaepitz noted.

“Long risk assets may be fighting the Fed, among the riskiest — Bitcoin — faces headwinds as rate-hike expectations rise,” he wrote.

“Akin to 2020, when trading in the decentralized crypto network was relatively fluid vs. halts and limits in equity futures, Bitcoin is proving its value.”

An accompanying chart showed what McGlone warned could be a repeat of Bitcoin’s 2018 bear market — rates rising while BTC/USD comes down from a macro top.

As Cointelegraph reported, Bitcoin price action had been buoyed throughout the week by high-profile buy-ins from blockchain protocol Terra.

Initially tipped to see $3 billion of BTC purchased, the first three transactions of $125 million each coincided with BTC/USD hitting its highest in over three weeks.

The purchasing was nonetheless questioned by some, among them statistician Willy Woo, who argued that their scale would be unlikely to make any significant difference given Bitcoin’s liquidity.

It’s only 2 BTC per minute. BTC’s liquidity even in bear markets can easily swallow that in seconds, and that’s on a single leading spot market, not even spreading it across multiple exchanges.

Nonetheless, traders were palpably more confident on the day, as Bitcoin saw its first closes over its 100-day moving average for almost four months.