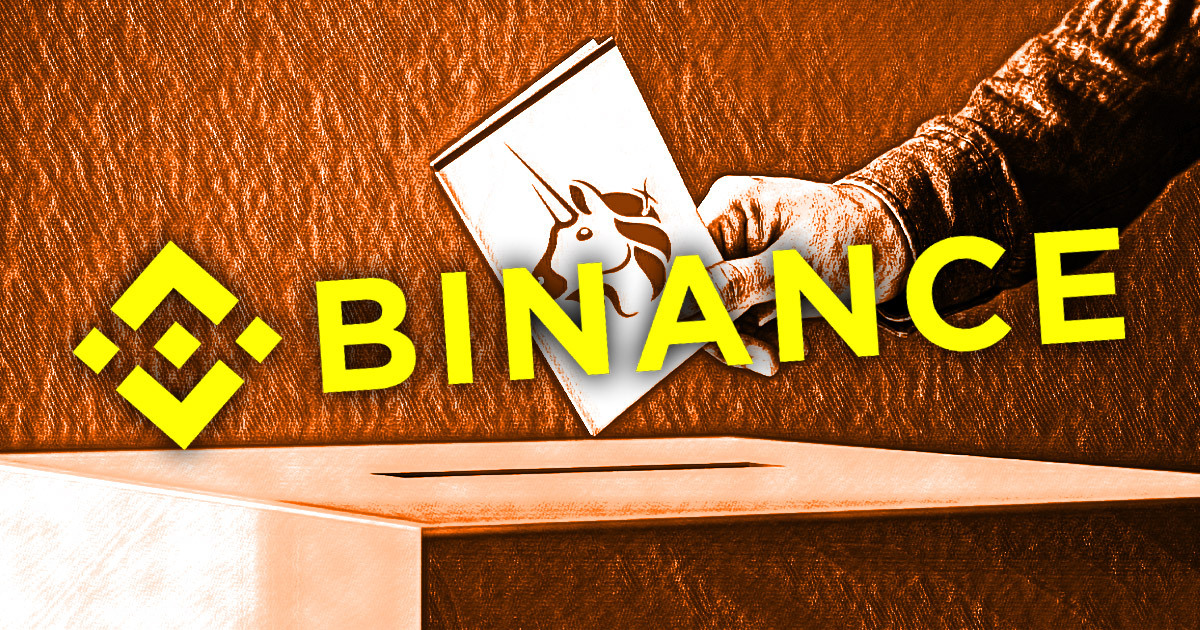 Binance has responded to the allegations about misusing its user tokens, saying it was a misunderstanding of what happened.

Uniswap founder Hayden Adams pointed out that Binance delegated 13 million UNI tokens which technically belonged to its users, increasing its voting power on the platform.

Yesterday @binance delegated 13M UNI from its books, making it one of the largest UNI delegates (this is only 1.3% of current delegated UNI so governance voting power remains quite distributed)

Very unique situation, as the UNI technically belongs to its users. pic.twitter.com/bwsVb1IwKR

Adams added that while more governance participation is good, it is unclear what Binance plans to do and that its users may likely prefer to keep their governance rights.

However, a Binance spokesperson told CryptoSlate that the exchange does not vote with its users’ tokens and that a transfer between wallets had been misunderstood as a delegation of tokens.

“Binance doesn’t vote with user’s tokens. In this case, there has been a misunderstanding of what has happened during the transfer of a large balance of UNI (around 4.6M) between wallets. We’re currently in discussions to improve the process to prevent further misunderstandings from happening again.”

Binance CEO Changpeng Zhao also said in a tweet on Oct. 20 that the exchange wallet has never voted on a Uniswap governance proposal.

UNI transferred between internal Binance wallets, causing the UNI to be automatically delegated. This is part of their protocol, not “we intended”. Binance don’t vote with user’s tokens. Uniswap misunderstood the situation. Tokens come to popular platforms. #Binance https://t.co/KYPqFx5GrW

Adams responded that while Binance might not be voting on proposals, sending UNI to an address already delegating automatically delegates the tokens. Adams said:

“The transfers just increased the amount delegated – there was already a binance address that had delegated a smaller amount. Bc of this, I think it is useful to hear how you think about cex governance participation.”

Meanwhile, Binance is now one of the most prominent voters on Uniswap, as it has 5.9% of the voting power. Only venture capital firm Andreessen Horowitz has more voting power, with 6.7%.

Put your hands up! Interpol storms into the Metaverse