Behind the bipartisan crypto bill that’s coming to Congress 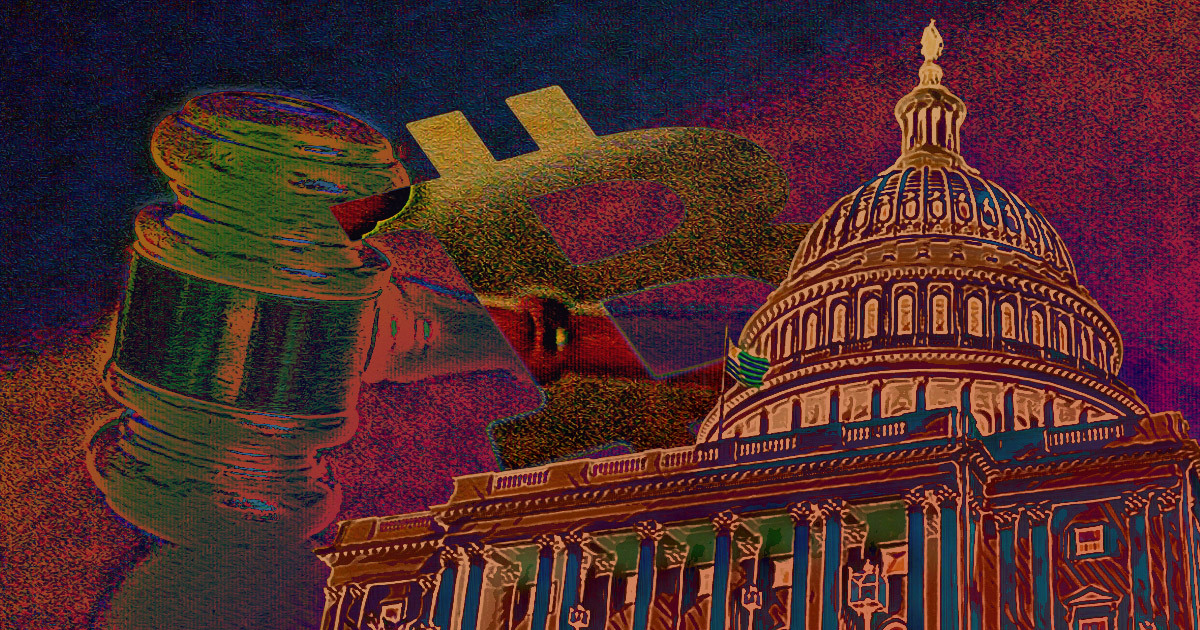 Republican Senator Cynthia Lummis is delivering on her promise to get a cryptocurrency bill to Congress this year.

The staunch Bitcoin supporter representing the state of Wyoming won’t be alone in her effort to get fellow congressmen to pass the law—she will work hand in hand with Democratic Senator Kirsten Gillibrand.

The two lawmakers are currently putting together a broad-based regulatory framework that will enable the crypto industry to be regulated in the future, Gillibrand said at a Politico Live event on Thursday afternoon.

An innovative sandbox with regulatory sideboards

Senator Lummis has been teasing the release of a comprehensive crypto bill for months. She has inadvertently become the crypto industry’s biggest ally in Congress, pushing a progressive regulatory agenda that would see Bitcoin become a fully-regulated asset.

The work Lummis is doing with Senator Gillibrand, a New York Democrat, has the potential to be groundbreaking for the industry. If the two succeed in passing the bill in Congress, it would make it the first major bipartisan framework for regulating digital assets in the U.S. While there have been other similar legislative efforts, all have either been limited in scope or have broken along party lines.

Both Gillibrand and Lummis seem extremely confident that they’ll be able to hammer out the details for the bill and have it before Congress in the next few weeks.

This includes banking, taxes, privacy, and consumer protection, she said at the Politico event.

Lummis noted that the federal government has just begun catching up with individual states when it comes to regulating the crypto market.

“I can’t tell you how big a change there is in the interest of Congress in this issue.”

Surprisingly, the crypto industry itself has also been one of the main drivers of regulation. Lummis said that countless companies and projects in the U.S. have been working with the government, telling them what they need in terms of a regulatory framework and how they need the regulators to act. A sandbox of innovation that still has clear regulatory sideboards is the sweet spot she and Senator Gillibrand are trying to create with the bill, Lummis explained.

Bringing peace to the battle between the SEC and CFTC

None of the previous regulatory efforts we’ve seen come out of the U.S. government have been particularly fruitful. All attempts to regulate the industry resulted in an aggressive swing from the market, but their impact is yet to be felt by the industry.

The coveted $550 billion infrastructure bill signed by U.S. President Joe Biden last year had the potential to put the industry to a halt, but intervention from Lummis and other pro-crypto senators eased the pressure by introducing clearer definitions of various crypto terms.

And while no harm was done, the bill failed to bring the regulatory clarity the industry has been looking for.

The executive order Biden signed earlier this month had the potential to bring meaningful changes to crypto regulation, but it too failed to introduce any concrete changes to how the government and its agencies see cryptocurrencies.

What the executive order did was demand a government-wide assessment of all U.S. policies regarding cryptocurrencies. It also highlighted the need to encourage innovation and address vulnerabilities around investor and consumer protection. However, the main goal of the executive order is to protect national security and give the U.S. government any semblance of control over the digital assets that have been flowing freely through its economy for over a decade.

This has been further exacerbated by Russia’s war on Ukraine, with a growing number of Senate Democrats fearing that Russia could tap into the $2 trillion market to evade the sanctions the West imposed.

Lummis doesn’t seem to be too big of a fan of this approach. She said that Russia doesn’t have the capacity to avoid current and prevent future sanctions with the use of Bitcoin.

Gillibrand, on the other hand, supported Biden’s executive bill, saying that it represented the government’s will to tackle the issue of the crypto market head-on. However, there’s still the need for a comprehensive regulatory framework that no number of executive bills would be able to solve.

The biggest issue Lummis and Gillibrand are faced with in their bill isn’t how they will regulate the industry, but who will regulate it.

There has been a schism in the U.S. regulatory ecosystem, with two of its largest watchdogs competing as to who should oversee the burgeoning crypto market.

Gary Gensler, the chairman of the U.S. Securities and Exchange Commission (SEC) believes that most cryptocurrencies are securities and, as such, should be subject to his agency’s oversight. Meanwhile, Rostin Behnam, the chairman of the U.S. Commodities and Futures Trading Commission (CFTC), wants his agency to take on an expanded role in regulating digital currencies.

Gillibrand and Lummis seem more than well equipped to bring an end to this regulatory bifurcation.

Gillibrand is a member of the Senate Agriculture Committee, which oversees the CFTC, while Lummis sits on the Senate Banking Committee, a panel tasked with overseeing the SEC.

Their crypto bill will bring an end to this problem by introducing a clear and straightforward system for classifying digital assets as securities or commodities. The fast development pace of the crypto market will also be addressed with the addition of other categories, the two said on Thursday but failed to reveal any further details about potential categorizations.

The only thing they don’t entirely agree on is the issue of Proof-of-Work (PoW) mining.

Gillibrand raised concerns at the degree to which it could be hastening climate change and contributing to environmental disasters. Lummis, on the other hand, believes that clear regulation and the subsequent adoption of digital assets have the potential to advance the use of cleaner energy sources. Increased demand for digital assets, especially PoW ones like Bitcoin, could push miners to capture excess energy in areas where it would have gone to waste.

Other than that, Lummis said that she was really optimistic about the bill. Both lawmakers said they were looking forward to coming out with a meaningful piece of legislation, which should be introduced in the coming weeks.

The post Behind the bipartisan crypto bill that’s coming to Congress appeared first on CryptoSlate.