As the US and EU fight over crypto regulation superiority, is regulation even viable? 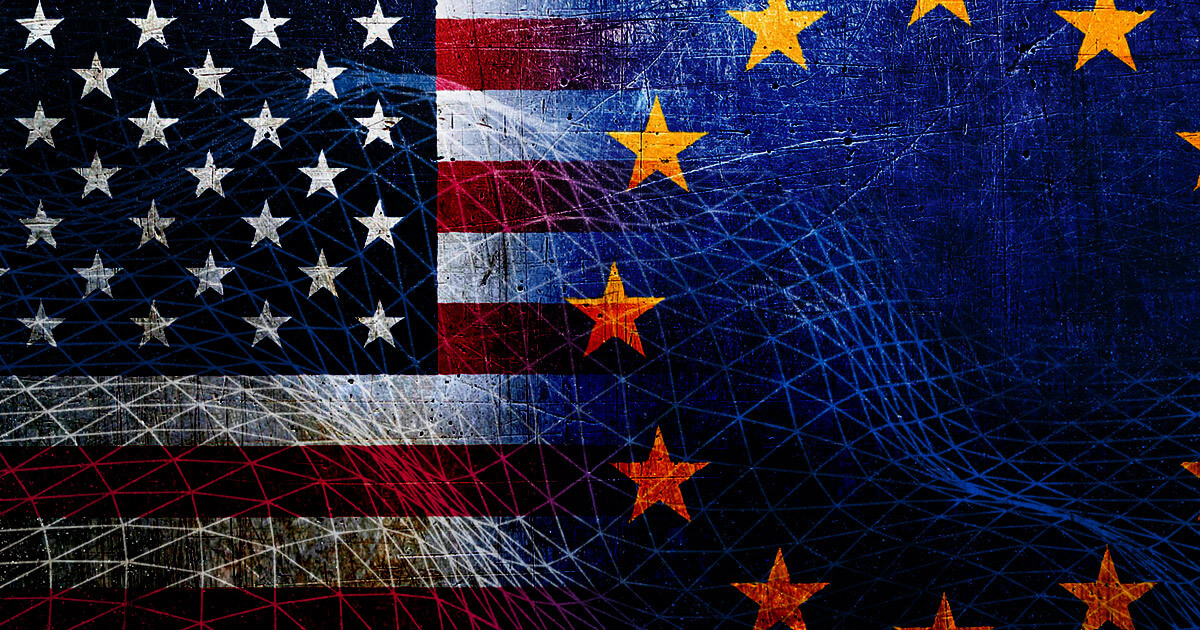 Crypto regulation is the hot topic of 2022. The fear of a global cryptocurrency ban seems to have almost wholly subsided as adoption takes us past the point of no return. Banning crypto now is practically impossible. Yet, the lack of an upcoming blanket crypto ban does not mean that there will be no changes.

Most, if not all, crypto projects either fall outside current regulatory frameworks or are subjected to incompatible policies meant for existing financial assets such as traditional securities.

Is regulation even possible?

Unlike fiat investments, there are no protections for individuals investing in crypto. For example, if a bank goes bust in the U.K. and you lose your money, the FSCS will pay you £85,000 per firm. In the U.S., the FDIC the standard deposit insurance is $250,000 per depositor, per bank. The European equivalent, EDIS, pays up to €100 000. Given today’s world of social engineering, it seems sensible that we should accept some regulations to allow governments to issue protection for investors.

However, there is a real question about whether we need such help from governments. Perhaps it should be up to the crypto community to create these systems?

Projects such as Nexus Mutual offer cover for contract bugs, economic attacks, including oracle failures and governance attacks for around 2.6% per year. Do we need traditional solutions for disruptive technologies? Further, is it even possible for governments to create fundamental, impactful regulations for crypto? It seems like smart contracts are born for this, and a cross-chain global crypto DAO would be my preference over traditional governments where most politicians don’t even understand what blockchain means. I’d like to see a cross-chain DAO, somehow secured by a trustless voting system, issued to the world’s validators of the top crypto projects.

I have no idea how this would work in a way that wasn’t susceptible to exploitation, but there must be a possible world where we can achieve this. In this world, the crypto community could vote through the blockchain to ensure safe practices and deposit insurance.

If one chain got hacked, the DAO could payout from its cross-chain treasury to repay investors. Perhaps it’s a dumb idea. Message me on Twitter if you think it is, and tell me why. I’d love to explore the alternatives to government regulation with you.

It is unlikely that the crypto community will be able, or allowed, to regulate itself any time soon. Therefore the need for some form of government regulation is inevitable. When new technologies are allowed to grow exponentially without formal regulation, we can have potentially socially devastating consequences. However, this is not just a new technology; this is a unique global monetary system.

Whoever controls the regulation potentially controls the future financial system as a whole. Credit Suisse claims that we are witnessing the birth of a “new world monetary order.” They posit that a digital renminbi will be much stronger in the coming months due to the current world economic crisis.

Crypto is not going away, and it shows the potential to replace the current system. This creates a new battleground. Controlling crypto regulation may be the only way centralized governments can retain their grip on the global economy. Globalization has three facets, economic, political, and cultural. I doubt that few would advocate for there to be only one culture and one political system for the entire planet. Why then are we settled on a single economic system?

Economic globalization has made trade more accessible, services more efficient, and outsourcing more practical. However, the agendas of the U.S., E.U., and China control most of the system. Crypto will allow all the benefits of economic globalization without centralized control. No one likes losing control, especially not global superpowers.

The U.S. as a leader of crypto regulation

In Biden’s recent executive order, the U.S. has made it clear that they want to be the global leader of crypto regulation. Speaking to Moe Vella, a former senior adviser to Joe Biden, I asked some direct questions about the U.S. position on regulation.

Vela believes that with the current inflation levels and Russian aggression, Biden felt a need to examine the market’s volatility, anonymity, decentralization, and lack of protection. Vela agreed that crypto is “here to stay”, and there is now a need to “encourage innovation” whilst “mitigating the risks for investors.”

The primary objective of the order is to “determine a clear delineation of responsibilities, powers and regulatory oversight among the federal agencies with the purview of cryptocurrency,” as the SEC and CFTC have been battling over who should have regulatory control on digital assets for some time.

To the direct question of whether the U.S. wants to become the leader of crypto regulation, he stated,

“At all costs, overregulation must be avoided, but reasonable, fair-minded regulations, including centralization, should be embraced provided they do not stifle innovation while protecting vulnerable investors… some corporate centralization ( not necessarily governmental) and transparency in the trades and exchanges would make for a safer, healthier, secure and more stable industry and world.”

The SEC has still not approved a spot Bitcoin ETF years after the first request. However, crypto futures ETFs are now trading within the country. The SEC views crypto as a security, and the CTFC sees it as a commodity. Part of the role of the executive order is to bring these opposing views together. The Ripple court case with the SEC will likely be the next catalyst for the regulatory fate of crypto as led by the U.S.

In Europe, the crypto regulatory charge comes in the form of the Markets in Crypto Assets report. The report has had a lot of press due to a now-removed amendment. It would have banned any proof of work coins from being traded within the E.U. Head of Strategy & Biz Dev at Unstoppable Finance, Patrick Hansen follows E.U. crypto regulation closely described the goal of MiCA as:

“Primarily the harmonization of rules across the E.U. and the establishment of clear guidelines and requirements for businesses.”

He also believes the E.U.’s goal is “to lead in terms of crypto regulation and set global standards.”

The report, which is currently making its way through European Parliament, would set legal definitions for crypto and associated blockchain technology. This should be supportive to crypto companies rather than restrictive for the most part. Having clear definitions allows you to know the rules of the game you are playing. There are, however, further clauses in the 60-page document that many in the crypto community will not agree with concerning Defi and KYC.

Interestingly, the report states that the legislation should not regulate any central banks or governments under any of the proposed bill. Of course, they are subject to existing regulations, but some may ask if the rules are not good enough for the government and banking sector, then why are they being imposed on the rest of Europe?

I reached out to every member of the E.U. Parliament involved in the MiCA report with no response. However, Alan Chiu, CEO and Founder of Boba Network, a next-generation Ethereum Layer 2 Optimistic Rollup scaling solution, recently gave us his thoughts on the E.U.’s proposed approach to crypto regulation.

“We’re happy to see the E.U. signal it is open to continued innovation in the blockchain space. The European Parliament has now positioned itself to lead the maturation of these technologies, promoting access and opportunity to billions of people worldwide.”

“These people attempted to ban a mathematical equation, something as stupid as this should be treated as such and its good it was thrown out, what’s next banning E=mc^2? if anything the vote should have been even stronger in favour of throwing out this bill.”

Patrick Hansen follows E.U. crypto regulation closely. He believes the E.U.’s goal is “to lead in terms of crypto regulation and set global standards.” When asked if the E.U. is capable of this, Hansen commented,

“The E.U. is one of the most important economic areas in the world and will have a huge impact on how both other countries approach the complex endeavour of regulating crypto, but also on how crypto businesses set up their legal frameworks.”

In a world where CBDCs are being explored by almost every central government, the regulatory frameworks will now act as a precursor to what we can expect from government-backed digital assets. If regulation does not apply to CDBCs, they could work just like fiat. Today, money is digital for the most part anyway. If a CDBC meant that every citizen acted as a validator for the network and voted on how the monetary system was managed, that could be interesting.

However, this is unlikely. More likely, we will see the potential for government-issued smart contracts. Imagine receiving your paycheck only for it to be automatically removed from your CBDC wallet through a smart contract issued to pay taxes. In an ideal world with a wholly competent and efficient government, smart, programmable money could be utopian with no one wanting anything. However, governments are far from either in my experience with the HMRC.

In my view, it would be entirely irresponsible to hold crypto back any longer as it is clear that blockchain technology can propel humanity forward.

The post As the US and EU fight over crypto regulation superiority, is regulation even viable? appeared first on CryptoSlate.

Bitcoin to $58K next? A 2019-like ‘reversal ascending triangle’ hints at more upside for BTC