After years of doubts and concerns, it is finally Bitcoin’s time to shine 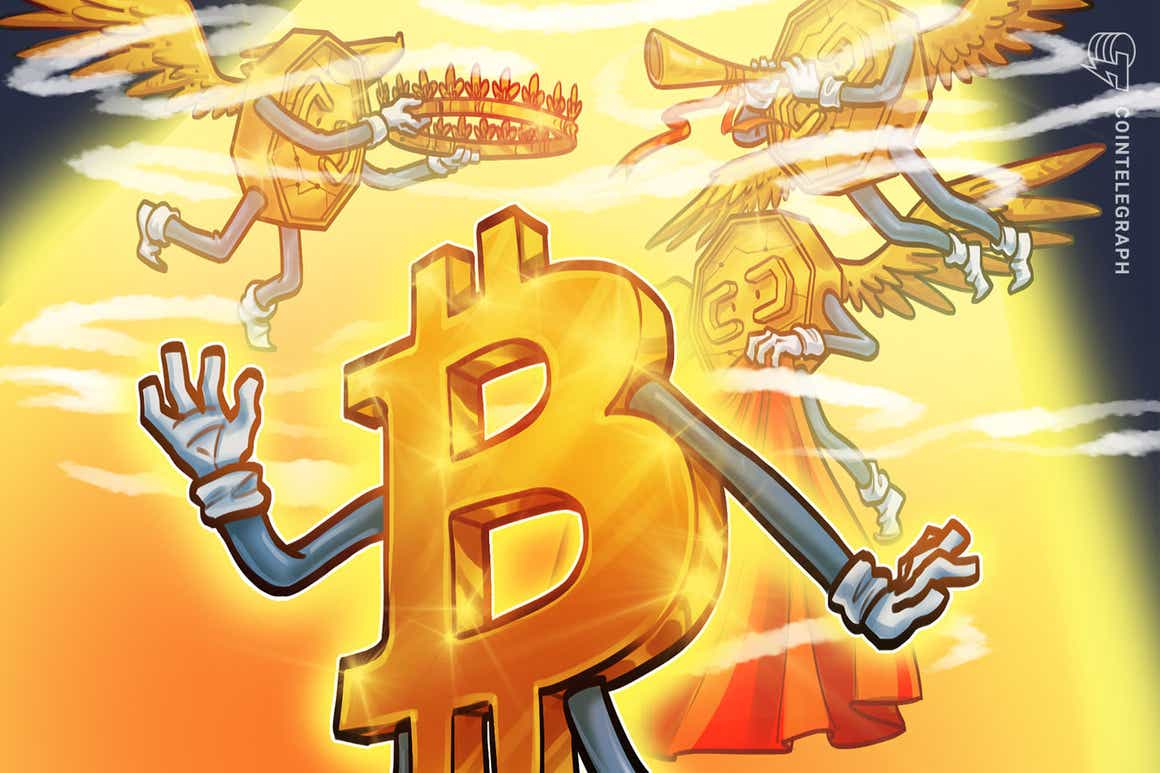 Gold has served as a store of value for thousands of years. Due to this, investors have widely used it as a hedging tool against the effects of recessions and inflation often caused by geopolitical tensions. In light of recent events such as the COVID-19 pandemic and, more recently, the military crisis between Russia and Ukraine, many investors have sought alternatives to gold and other precious metals as hedging options. As we approach a digitized age, it is a prerequisite that alternatives to gold are equipped to deal with the future. In this search for a contender to challenge gold’s dominance, Bitcoin (BTC) has shone the brightest.

A spike in the price of gold is usually an indicator of anxiety within traditional equity markets, with the current consensus among investors being that gold is currently overbought. Prices of gold have reached up to $2,000 as investors weigh up the geopolitical and economic ramifications of the Russia-Ukraine conflict.

During this same period, on the other hand, Bitcoin and other cryptocurrencies have increased capital funding. Research firm Fundstrat said venture capital buyers invested approximately $4 billion into the crypto space during the last three weeks of February 2022. An additional $400 million was poured into startups within the crypto space in the first week of March 2022. This increase in funding suggests that global investors are seeking more exposure to a space that they believe could withstand the consequences of the Russia-Ukraine conflict.

The ongoing conflict has seen both populations suffer economically. The military activity within Ukraine has led many businesses to close, which, naturally, has hurt the local economy. Russia has been subject to economic sanctions that have seen restrictions to bank accounts, loss of access to most forms of electronic payment and the devaluation of their local currency. Due to the decentralized nature of Bitcoin, there are still no uniform international laws to regulate the cryptocurrency, meaning BTC maintains value regardless of the holder’s location. Bitcoin is legal in most countries, with some even declaring it legal tender.

Crises leading to the displacement of individuals have shown the potential impact Bitcoin could have on the future. Bitcoin doesn’t require the enormous amount of effort needed to transport gold. An individual wouldn’t have to declare their Bitcoin while crossing international borders and take the risk of confiscation or theft associated with the transportation of physical gold.

Bitcoin’s potential utility in times of need increases its attractiveness to traditional investors. This attraction has also grown thanks in part to the recent drop in the value of Bitcoin. A key advantage held by Bitcoin over other cryptocurrencies is mainstream awareness, as it has been around long enough that it has gained support and recognition and, in that time, has even shown some trends.

Related: A detailed guide on how to lose all your Bitcoin investments

Stability in the face of crisis

The global COVID-19 pandemic demonstrated to many that Bitcoin can withstand the fallout from the Ukraine-Russia conflict. The pandemic led to a worldwide economic decline for many traditional sectors. Coinbase reported a $1.4 billion intake of fiat and cryptocurrency into wallets on their exchange over 24 hours during the then-peak of the pandemic in March 2020.

During the first half of March 2020, investors quickly noticed that Bitcoin managed to maintain its value while traditional stock values crumbled around it. This increased the amount of capital poured into the cryptocurrency, eventually leading to a then all-time high of around $60,000 in March 2021. The stability shown by Bitcoin during that particular crisis has increased its attractiveness as a hedging option for those skeptical of gold’s future viability.

Despite the recent explosion within the crypto sector, crypto markets remain in the shadow of traditional market investments in terms of valuations. Through mainstream exposure to the potential of Bitcoin, we have seen the closing of this gap at a much faster rate than initially predicted. Investors have always sought the most up-to-date and viable options for their portfolios.

With the advantages Bitcoin holds over gold and the certainty of a digitized future, many investors are looking to diversify their portfolios, and Bitcoin looks to be the best option. This incremental flow of capital into the crypto-space can only go on for so long until the flood gates eventually open, allowing Bitcoin to take its place as the new gold.

This article does not contain investment advice or recommendations. Every investment and trading move involves risk, and readers should conduct their own research when making a decision.

The views, thoughts and opinions expressed here are the author’s alone and do not necessarily reflect or represent the views and opinions of Cointelegraph.

Sheraz Ahmed is the managing partner of STORM Partners and co-executive director of the Crypto Valley Association. Experienced with an insightful understanding of innovation, Sheraz Ahmed has advised hundreds of organizations on the implementation of modern practices to further their business objectives. He drives growth, collaboration and integrity across the global blockchain ecosystem.

How to convert your digital art into NFTs and sell it