3 reasons why Ethereum price can still retest $3K this month 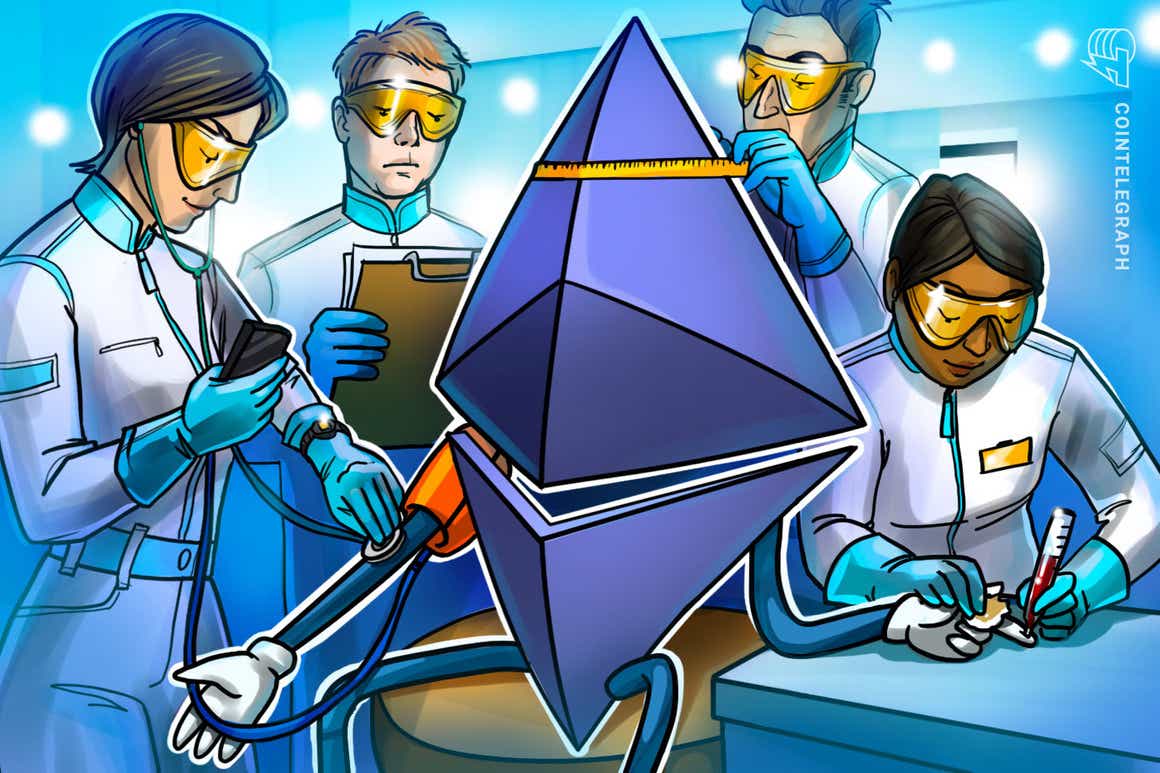 Ethereum’s native token, Ether (ETH), could reach back to $3,000 in March, backed by a mix of short-term technical, fundamental and on-chain catalysts.

Notably, ETH’s 50%-plus decline from its all-time high of around $4,650 on Dec. 2, 2021, followed up with forming a consolidation channel called a symmetrical triangle. Thus, the Ethereum token has been fluctuating between a falling upper trendline and a rising lower trendline since the beginning of this year.

ETH/USD last retested the triangle’s lower trendline as support on March 14 near $2,500, following a sharp correction after finding sellers near the 20-day exponential moving average (20-day EMA; the green wave in the chart above).

A decisive rebound move, accompanied by a rise in trading volumes, could have Ether eye the triangle’s upper trendline as its next upside target near $3,000.

On March 15, Ethereum developer Tim Beiko announced that they have successfully tested the “Merge” on the Kiln testnet, raising speculations that the protocol would completely switch from proof-of-work to proof-of-stake in Q2/2022.

And it seems to have worked Post-merge blocks are being produced by validators, and they contain transactions! https://t.co/xearnsuZFp

The euphoria around the Merge has acted as one of the main bullish prospects behind Ethereum’s growth since the introduction of its first consensus layer upgrades in December 2020.

That amounts to nearly $26 billion worth of Ether, more than 8% of its total circulating supply, now locked away. The prospects of more Ether going out of circulation, coupled with hopes of higher demand, have pushed its price up by nearly 360% from its December 2020 low of around $525 to date.

Lito Coen, founder of Crypto Testers — a product comparison platform — anticipates the Merge’s launch to have Ethereum’s daily emission rate slashed from 12,000 ETH per day to 1,280, noting that the network’s “yearly inflation will go down from 4.3% to 0.43%” — equivalent of three Bitcoin halvings.

“And the 0.4% inflation figure is without taking into account the automated ETH burn introduced by EIP-1559 ($5b burnt since launch) taking ETH burn into account Ethereum will be deflationary,” Coen wrote.

Positive divergence between utility and prices

A bullish divergence between Ethereum’s daily active addresses (DAA) and ETH’s price is also emerging, according to data from analytics platform Santiment.

Notably, Ethereum’s DAA fell but not as much as the prices, which dropped about 35% in the past four months. That indicated that users continued to interact with the Ethereum network for reasons beyond speculation and trading.

”ETH active addresses divergence remains in the area where prices historically rise,” noted Santiment while citing the chart below.

“This is a vote of confidence in Ethereum and a statement that it’s here to stay (and grow),” said Michael Pearl, chief operating officer of decentralized application developer Kirobo, adding that its growth in the decentralized finance space would boost ETH’s price even beyond $3,000.

Web3 will be key to the future of China’s internet, says security regulator